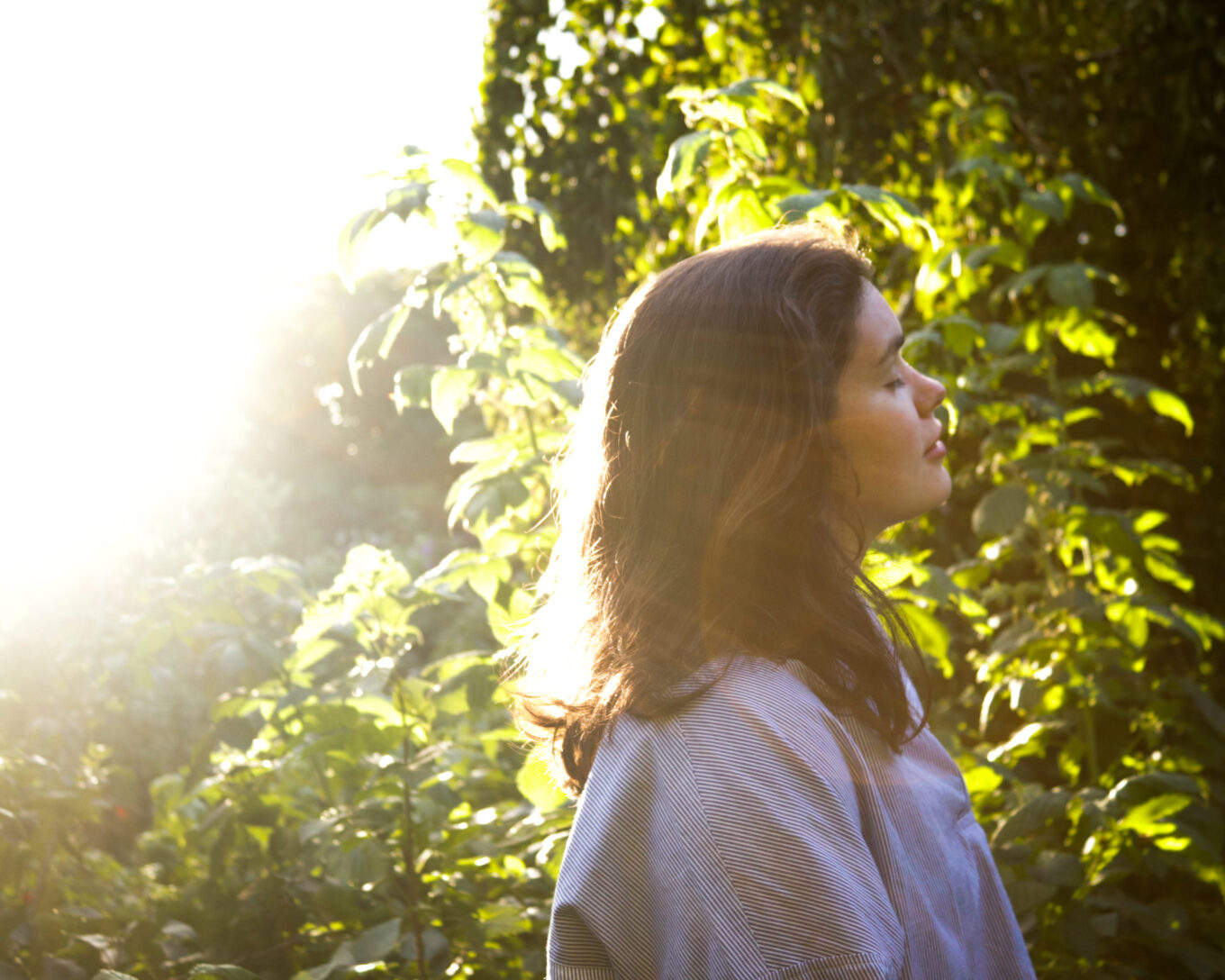 For as long as I can remember, I have always been the friend who avoids horror and adrenaline-filled films. The friend who bawls her eyes out over the most mundane things, who jumps six feet in the air when you catch her by surprise. The friend who absorbs everyone else’s emotions and has to retreat to recharge her batteries in solitude after spending time socialising. It’s almost as if my nervous system has turned the dials up to the max and said “you will feel everything,” no questions asked. I always felt as if I was too sensitive, the cry baby of the group. I fought with myself for a long time, frustrated that I found it so hard to conceal my emotions and frustrated that I often had to take life at a slower pace to avoid running myself down to the ground, triggering my anxiety and ultimately falling ill.

It was not until earlier this year that a counsellor flagged the concept of the ‘Highly Sensitive Person’ (HSP) in one of our sessions. After doing some research, I saw many similarities between myself and this HSP that was being described. A lot of my behaviour and traits could finally be explained. I realised that most people can drink coffee and not have the caffeine trigger a panic attack. I realised that most people can work well under pressure, with the pressure actually enhancing their performance rather than inhibiting it.

Before you scoff at the term ‘Highly Sensitive Person’, let me assure you that it is legitimate and well researched, and was coined by the psychologist Elaine Aron in the 90’s. However, it is neither a disorder nor an illness. It’s defined more as a personality trait, also known as ‘Sensory-Processing Sensitivity’ (SPS). Roughly 1 in every 5 people is born with this heightened sensitivity, so HSP’s make up about 20 percent of the population. Aron has led research into what it means to be highly sensitive, conducting many personal interviews with HSP’s and gathering valuable phenomenological data. In her book ‘The Highly Sensitive Person: How to thrive when the world overwhelms you’, she shares the stories of some of her interviewees, provides exercises for the reader to have a go at, and of course gives advice on how to live with this personality trait that, even today, is barely heard of and often misunderstood.

Like anything, how the trait manifests itself differs from person to person. But the main theme that underlies what it means to be highly sensitive is over-stimulation. HSP’s pick up on stimulation that tends to go unnoticed by most people. Whether this stimulation be noise, emotion or physical pain, a HSP will usually experience it at a more exaggerated level. A lot of the time, this over arousal can trigger evolutionary biological responses such as our fight or flight response, which could be why some people who suffer from anxiety also possess the traits of an HSP. Our threshold level for over-arousal is a lot lower than the typical person, and so we can very easily become overwhelmed in certain situations.

Looking at it from a scientific point of view, HSP’s are quite literally built differently. The mirror neurons, which are responsible for understanding other people’s actions and intentions, are more active among those who possess the HSP trait. They play a big part in the exaggerated empathy HSP may often experience, as they compare how the person in front of you is acting with a time you acted that specific way yourself. It allows you to step into other people’s shoes with ease, as you almost mirror the person in order to understand where they are coming from.

Then there’s the ventromedial prefrontal cortex in the brain, which is associated with emotional regulation and enhancing emotional vividness. HSP’s tend to have a gene which overemphasises this vividness within the cortex. On top of that, brain imaging studies have discovered that the insula and the cingulate area in an HSP’s brain are significantly more active than the average person. These parts of the brain working together are linked with decision making regarding social behaviour and anticipating others’ actions.

These gifts of deep empathy and feeling things so vividly, while incredibly useful, can be incredibly tiring. It can be hard to put into words, but the easiest way of describing it is the idea of a sponge. I absorb other people’s emotions, just like a sponge absorbing water. I take on other people’s pain and make it my own, without even realising it a lot of the time. I have struggled most of my life with distinguishing between my own feelings and the feelings I have subconsciously inherited from an external source. It can feel a bit messy because it all feels so real, so I tend to write things down to try and get my thoughts in order. Or talk to my mam, who I will never be able to repay for all the hours she has listened to me babble on and try to articulate what exactly is going on inside my head. I can also easily read a room and detect the slightest change in mood unconsciously. It is beneficial in many situations, but it can be quite anxiety inducing being so aware of others and your surroundings at all times. It is difficult to block things out. I am constantly aware of other people’s tone of voice, their body language, their facial expressions. It has led to self-esteem issues over the years as I  find it so hard not to get caught up in other people’s perspective of me, and as a  consequence it can feel as if I’m living my life through the eyes of others and not my own.

As a result of this tidal wave of emotions and over- stimulation, it is said that HSP’s become tired a lot easier, which can in some cases affect their general health. It is important that they recognise their limits and boundaries, which will most likely look different from the average person’s, and that’s okay. I have learnt recently that we have to stop punishing ourselves for lack of productivity, or not feeling as if we are on the go as much as the people around us. Our health, as well as having time to recuperate, should always be prioritised above all else, and that applies to everyone. It can be tough taking time out for yourself and making your mental health a priority, but I believe it is a worthy investment. Having an unproductive bed-day every now and then to regenerate is not lazy.

Despite some difficulties one may experience being an HSP, I like to think the positives outweigh the negatives. The vast amount of empathy we feel allows for very solid connections with other people. Our friendships and relationships tend to be strong, due to how easily we understand other human beings, and as philosophical, reflective thinkers we tend to search for meaningful connections that have depth. Being deep thinkers also means HSP’s are quite often very creative beings. We can find beauty in the smallest of things which can be refreshing. It is said most artists, poets, musicians etc. do in fact possess the HSP trait. Music, poetry, film, literature – they are all healthy emotional outlets and a method of self-expression. And according to research, music triggers empathy, as well as the reward system in the brain, creating a highly positive experience for HSP’s. Our sixth sense when it comes to interpreting other people’s behaviour makes for a significantly high intuition and gut instinct. In hippie terms, we can pick up on bad vibes almost immediately, which can prove useful in dictating the kinds of people with whom we want to spend time.

Being a HSP means my friends know not to sneak up on me unless they want a slap. It means I avoid fully caffeinated coffee like the plague, and instead settle for a single shot decaf latte which earns me my fair share of abuse in work to say the least, where I make coffees for hours on end. I make sure I always have time alone at the end of a day to wind down and recharge. I say no to things when I feel as if I’m pushing myself too far. I try to accept and acknowledge rather than fight the rollercoaster of emotions I feel on a daily basis, something I’m still learning how to do. I let myself cry, it’s my body’s way of cleansing myself of those emotions, there’s no point in holding the tears back. And I think I’ll stick to romcoms for the time being, horror films are not on my bucket list for anytime soon.

Ciara Tomlinson is a second-year psychology student in UCD but has always enjoyed writing every now and then. She thought it might be interesting to combine personal experience with some factual info to create an article that could resonate with some people. Although it can be hard being vulnerable when writing a personal piece like this, she finds it rewarding. And she hasn’t really heard many young people talk about this topic before, so if someone could relate and find it beneficial that’s all she could ask for!