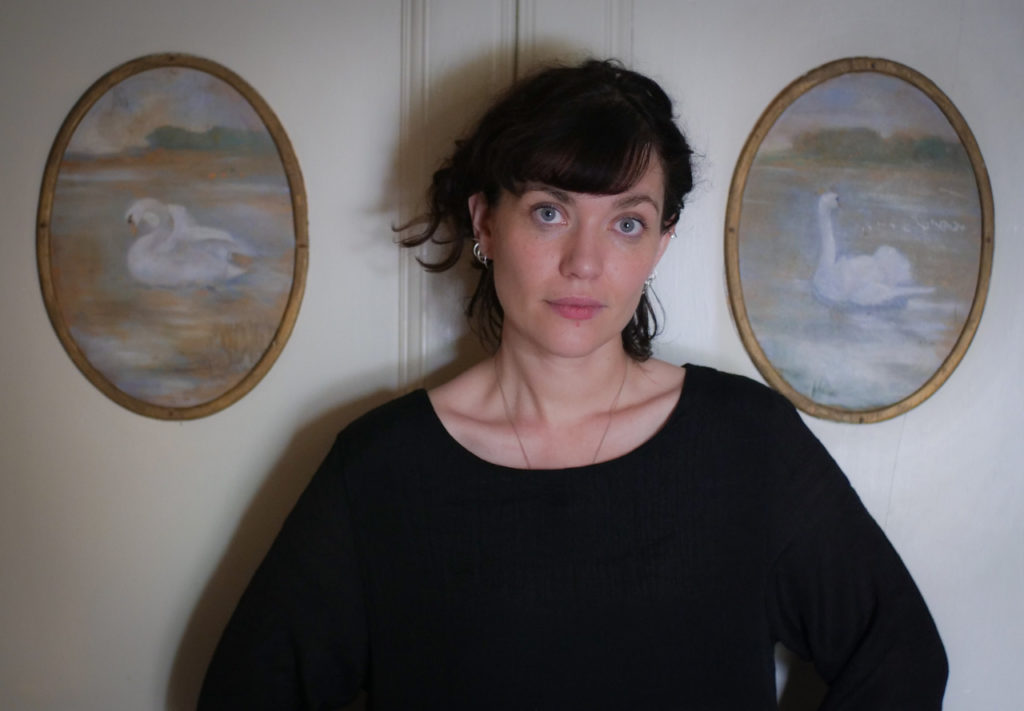 Q: Hi Deirdre, thanks so much for being part of our very first interview for The New Word Order! Speaking of firsts, what was is the most memorable part of your publication journey when you published your first novel back in 2010?

A: It’s my pleasure! There were so many parts that were memorable, it was a really special time. I think getting the email with the cover proofs was a really special moment, because it really hit me that it was going to be an actual book, like a physical object, and it was amazing. I have a very clear memory of reading the email after school had finished in my classroom, and getting this jolt of ‘this is really happening’. That meant a lot to me.

Q: Your newest YA novel, the gorgeously lyrical Savage Her Reply, was published October this year. Could you tell us a little bit about it and where you got the inspiration for it?

A: I’ve been fascinated with the story of the children of Lir since reading Michael Scott’s retelling of it as a child. Aífe, who is the protagonist in Savage Her Reply always fascinated me, because she’s such a driving force in the story, and then once she has been punished, she disappears. But she’s still alive after her transformation, and I wondered what it would be like to be a demon of the air, why someone would be so afraid of it, and how she would cope with what she had done and where she found herself…with retellings for me, they generally start with a question, with something I feel is unexplained or unresolved. I write to explain the world to myself and I wanted to worry away at that part of the story. Initially, I had envisioned it as a piece of short fiction, like the stories in Tangleweed and Brine, where turning into a demon of the air would be a sort of redemptive or empowering thing for her, like being reborn, rising from the ashes…but once I started to dive into writing it, it became clear that it was going to take a lot of research to get her right, and that things were a bit more complicated than they seemed.

Q: Do you prefer the writing stage or the editing stage?

A: Writing. I love making something new, that wasn’t there before. It’s really rewarding. Editing is more of a slog and I get less of a rush from it. But there’s a satisfaction there too, when you manage to fix something that wasn’t working and everything kind of clicks. It just takes a little longer.

Q: I totally agree! Now, this year has been difficult for a lot of people, but especially for a lot of creatives. How have you found writing during a pandemic, and publishing a book on top of that?

A: Well, that is a question and a half. I’ve found writing really helpful in places and really stressful in others. When it’s going well it can be a refuge, but as deadlines loom, it becomes more of another thing I have to get done in the day if that makes sense. When I begin to feel that way, I try my best to take a break from it for a day or two, or read over the manuscript until I remember why I wrote it. Having a book out is both a huge privilege and at a very vulnerable time, and the pandemic certainly amplifies that. I put a lot of myself into my work, sometimes more that I realise, and there’s a lot of anxiety in that space where it changes from being something I’ve made, to something people read. I’ve been very lucky so far with people’s responses, and I’m delighted that Savage Her Reply is nominated for an Irish Book Award, alongside some books and writers I really admire. To get that vote of confidence when the book has only been out for a little while means so much.

Q: Congratulations on that, what a massive achievement! When did you decide you wanted to be a writer?

A: I didn’t know what being a writer looked like growing up, and couldn’t picture it, in the same way I could picture what being a nurse, a teacher or a fireman, if that makes sense. That said, I always wrote, and read and made up stories, but I didn’t have the confidence to share them until I was in my final year of college, which felt like a bit of a now or never time. I joined the writers society, and kept on going from there, bit by bit. It took a lot for me to call myself a writer though. I remember the first time someone introduced me as a poet, (in a small pub on Achill Island), the first time someone introduced me as a writer (my now husband in the Rowing Club in Galway at the after party for a play I was acting in) and the first time I described myself as a writer (on a train to Belfast going to a gig with a copy of my freshly published book in my overnight bag). It meant a lot and there was such a power in using that term. There still is.

Q: For the aspiring writers and artists out there, what is one of the most invaluable pieces of advice you have learned over your career?

A: When you get edits, read them, then leave them alone for a period of time until you’re feeling less protective (Siobhán Parkinson, given while editing my first book)-WRITE THE THING (Sarah Maria Griffin)-A Rising Tide Lifts All Boats (Dave Rudden- I know the saying didn’t originate with him, but he embodies it and it’s very inspiring)

Q: Some great advice! What would you say to the people thinking of submitting to a magazine or journal such as this one?

A: DO IT. Like the worst case scenario isn’t that bad. You basically end up in the same position you’re already in. And it can be hard to hear ‘no’, but it’s a huge part of being a writer who shares their work with people, and eventually the yeses come too, if you keep at it long enough.

Q: At The New Word Order, we want to elevate not just fiction and poetry, but also art and photography too. What do you find the importance and relevance to your work of working with an illustrator like Karen Vaughan?

A: I’m honoured to work with Karen, and she consistently blows me away with the intricacy and depth of her work. She’s a wild talent. In terms of Savage Her Reply, the book was written before I saw anything she’d made for it, and I had a little more input into the art direction that I had with Tangleweed and Brine, which was interesting for me. I think that there is something special that happens when we work together. I hope we get to do so again. More of the work she’s done can be seen here, including the first two cards in the tarot deck she’s working on: Home | Karen Vaughan | Illustration & Design.

Q: What books/TV shows/movies did you discover over the lockdown period that you think people should know about?

A: Oh this is hard, because lockdown has lasted a long time. Some of my favourite books I read over lockdown are Why The Moon Travels by Oein De Bharduin, A Ghost in The Throat by Doireann Ní Ghríofa, After The Silence by Louise O’ Neill, The Wintertime Paradox by Dave Rudden and All Our Hidden Gifts by Caroline O’ Donoghue.
TV Show wise I rewatched a lot of things for comfort, but I’m really enjoying The Haunting of Bly Manor and Teenage Bounty Hunters on Netflix at the moment…
Movie-wise Portrait of a Girl on Fire is incredible, and one of the best films I watched over lockdown for sure. We also watched a lot of old movies, like Citizen Kane, Strangers on a Train and North by Northwest. Alison Spittle hosts viewing parties for a lot of different movies on twitter (#covideoparty), and they’re always fun! She also hosts this wonderful podcast called Wheel of Misfortune, with comedian Fern Brady, which I adore.

At the beginning of lockdown, myself and himself played Return of The Obra Dinn and that was great, really immersive, and this would be a great time of year to play it I think, as there’s a horror aspect to it as well as a mystery…

Q: And finally, what can we expect next from Deirdre Sullivan?

A: I can’t tell you what my next thing will be, because it’s a SECRET. But, I’m working on a sequel to Perfectly Preventable Deaths right now, and the first draft is almost finished. It’s been a challenge and a delight to get back to Ballyfrann, and revisit the twins…