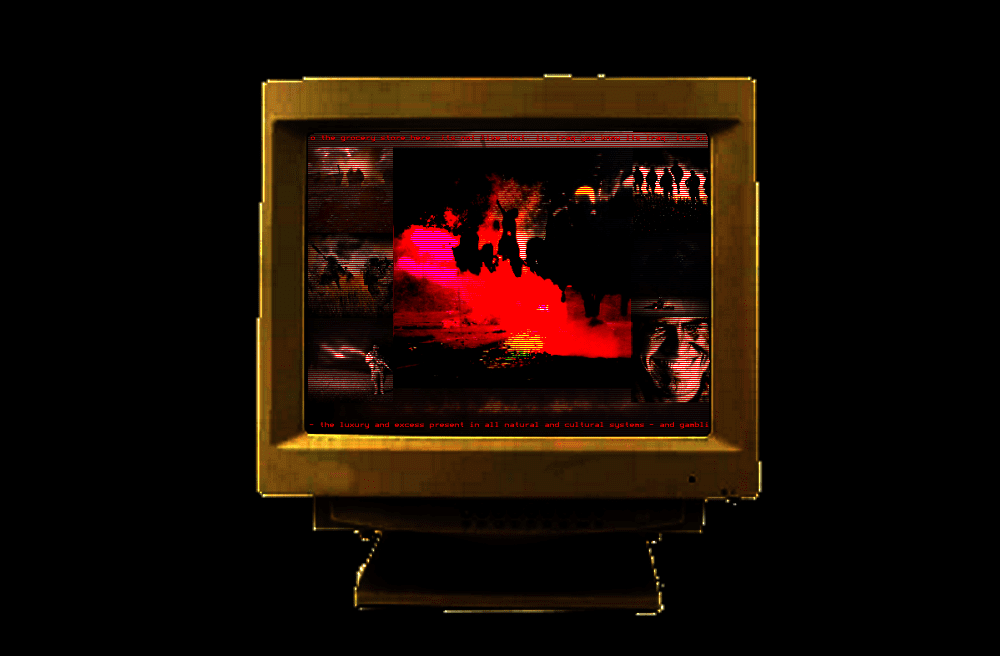 My Abuela had bought approximately five hundred and twenty lottery tickets over the years. She’d go get one at the corner store on the other side of the street every week. The man working there wouldn’t even wait for her to say something, he would always keep one aside for her. It had become some sort of silent ritual for both of them.

It all started when Abuelo died. She picked that habit from him. He would always go on about buying a small piece of land with the prize money. He was certain he’d win one day. He wasn’t much of a statistician. He kicked the bucket sooner than we all expected. Abuela was too much of a pragmatic woman to shed a tear for him. She just became very taciturn. Then, she started carrying on his tradition of buying those tickets. She’d made me watch the lottery draw on TV with her too. I was never a fan of it, I felt like an idiot waiting for those numbers to magically change my life. I couldn’t say no to her since she was letting me live in her house for free. That would be an understatement. I moved to her place because my parents wouldn’t let me go back home after I dropped out of university. They said I let them down. My big brother Diego was a successful attorney, while my sister Alba had just started studying medicine. I spent my days managing a local supermarket for a living. Abuela reluctantly said she’d take me in, but I had to start helping her with “a couple of things”. It turned out that helping her actually meant being a full-time housekeeper. And if that wasn’t enough, she’d constantly complain about my work. There was always some dust I hadn’t seen, some fingerprints on the windows, some clothes folded improperly. I didn’t have enough money to find another place to live, so both of us had to pretend to enjoy each other’s company.

It was during one of the many Friday evenings we spent together that it happened. We were sitting in front of her old television. She was holding a golden holy card in her right hand and her ticket in the other. I was scrolling on Instagram. I looked up at the grainy screen just in time.

And the special number was… One.

I abruptly turned around and looked at her in the eyes. She looked down at her ticket. All of the numbers matched.

She jumped out of her seat, crying tears of joy. I stayed still, speechless. I wasn’t exactly a fan of how she had to point out that she was the winner. I obviously didn’t tell her, to stay on her good side. Maybe she’d actually start paying for my work in the house.

“Dios mío Guillermo, if your Abuelo were here he’d be so happy. I bet he’s looking down at us from heaven and -”

She didn’t finish her sentence. Her eyes widened. She fell on her armchair. Her breaths became heavy. She placed her hand on her heart. I couldn’t get up, my legs refused to move. I didn’t know what was happening.

Those were her last words. “Son of a bitch”. I never knew if they were directed at me for not being helpful. It would have made sense, she used to have a very sweet way to talk to her grandson. Maybe she was already seeing Abuelo and was berating him for making her waste those ten years. Or, it might have been just the final breath of someone who had almost reached happiness and saw it drifting away from her fingertips in a matter of seconds.

I panicked. I started screaming. Our house wasn’t close to any other, I don’t think anybody heard me. When I finally gathered the courage to get up and check her pulse, it was too late. Her wrist was cold to the touch. My sister might have been able to do something about it. I was useless in that situation.

I stood in front of her body for a while. Her eyes had rolled up in the back of her head. Even though her corpse was lying in front of me, I felt an odd wave of relief taking over my body. She couldn’t scowl at me now. That dreadful woman was finally gone. I was weeping. I wasn’t sure if the tears were caused by the shock I felt or the realisation that I wouldn’t hear her shrill voice again.

Calling an ambulance would have been pointless. She wasn’t coming back, not even to complain about the funeral home I would have picked or the flowers I would have chosen for her grave. Did I have to call someone? Nobody tells you what to do in these situations.  I grabbed my phone. I didn’t want to call my parents. They would have made a scene about Abuela dying and all. I didn’t want to be blamed for the dramatic way she chose to go. I turned to Google. I was about to type in the search box when something crossed my mind. What about the prize money? What would happen to it?

According to a thread on Quora, it would have gone to Abuela’s estate and then each member of the family would have got a certain percentage of it, depending on what her will stated.

It wasn’t fair. I was the only one who had put up with her bullshit. Nobody visited her. My mom would call, now and then, but that was it. I had been her slave for two whole years. I should have been the one who got the money, but I was certain that she had left most of it to my siblings. One time she mentioned some stuff about it being a life lesson, but her voice was drowned out by the sounds of a video from Youtube that I was watching to fight boredom.

They couldn’t find out she was dead. And rich. I had to find a way to collect the prize and get out of town before the shit hit the fan.

My immediate thought was that I needed to hide the lottery ticket. The problem was that Abuela wouldn’t let go of it. The holy card had fallen under her slipper, but her bony fingers were clutching the ticket. Even in death, the old hag wouldn’t let me get the money. I had to open her cold hand myself.

I went to the kitchen to get a glass of cold water. My trembling hands grabbed the bottle from the fridge. As I slammed the door, a light bulb went off in my head.

In the tiny basement under the supermarket, next to my office, there was a freezer. Nobody went in there, except for me. My only employee, Paul, was too lazy to carry the products down there so I always ended up being the one to do it.

I ran to the living room and looked at Abuela. Her grey body was lying in the cold light of the TV. She didn’t look like a person anymore, she was just a small, rich bag of bones. I felt quite proud of my quick thinking. She will fit in there just fine.

Gemma Bini is a second-year English and Creative Writing student at UCD. She is from Florence, Italy. If accepted, this would be her first publication. When it comes to prose, she is mainly interested in realistic fiction and stories that feature dark themes. Her stories often depict the political and social aspects of the communities she chooses to portray, as she is passionate about political activism. Her prose tends to reflect her interests in Italian and English literature, political theory and philosophy.