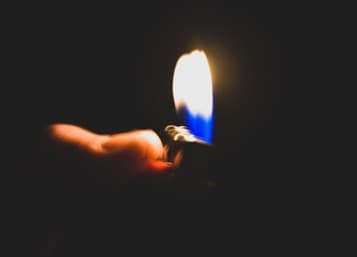 The hallway smelled like whiskey and the floors looked like puke, and the walls were so green you’d swear there were things living in there. I stumbled up the stairs, staring up at the ceiling’s stucco and the blackness in between its tears. In the corridors of the building, the air crackled with electricity from TV sets. If you listened closely enough, you could hear conversations being held between people, the soft sounds of their lives pattering upon the air, ever so unreachable but tangible still. I wondered what it would be like to be a ghost amongst these halls, pacing the carpeting for eternity, a friend of mildew and cobwebs, to never have to see ends, to go on endlessly. I would be most content as a ghost, I was sure of it. I passed door after door, an identical series of wooden obelisks, until I reached hers.

She greeted me with whatever warmth she could muster for someone she had once loved. “I have all your things together here”, her voice echoed down the stairway for miles, so final I could almost touch it. There was no contempt in the end. I could sense that in her eyes and I could tell it was in mine. Things had just simply ended, as all things do in time, and all there was, all there would be for now was sadness. She handed my things to me as if they were foreign objects, piles of records, clothes, letters I had written, pictures I had taken or painted. And as I stared at the rubble of the life we had so blissfully screwed together with duct tape, sat there miserably on the carpeted floor, they felt estranged to me too. Perhaps it was because these memories were ours, and without one another, they belonged to no one, mere snowflakes that had fallen witheringly to their deaths and melted into tiny, frosted puddles.

I had become an assemblage of words and images and songs, crumpled on the floor and soon that’s all I would be to her. As soon as I leave, we will forget all the times we were happy and all that would be left is this pile. My song was old and tired and sad. The fluorescents buzzed in each square peephole of that brutal tall building, until the slip into sleep. And then I was a ghost, retracing the impressions of a life that was never mine, pressing my fingers to objects that weren’t mine, banging my head against hallways perpetually, endlessly. I burned for a headful of hair that I would never kiss again. Roaming and roaming, onwards. All night I walked like that, sidewalk after sidewalk, a spectre. I kept going on and on, for an eternity and nothingness, because I knew nothing else. I braced myself for the years of forgetting. And on the concrete outside, a hurt in my teeth, I felt a thousand deaths, each one colder than the last.

Joey Cunningham is a writer/poet in his second year of studying English, Drama and Film at University College Dublin. His work deals with the themes of mental illness, the human condition and love, in a decidedly dark, gothic style and is influenced by the works of Emily Dickinson, Otessa Moshfegh, Sylvia Plath and Franz Kafka.