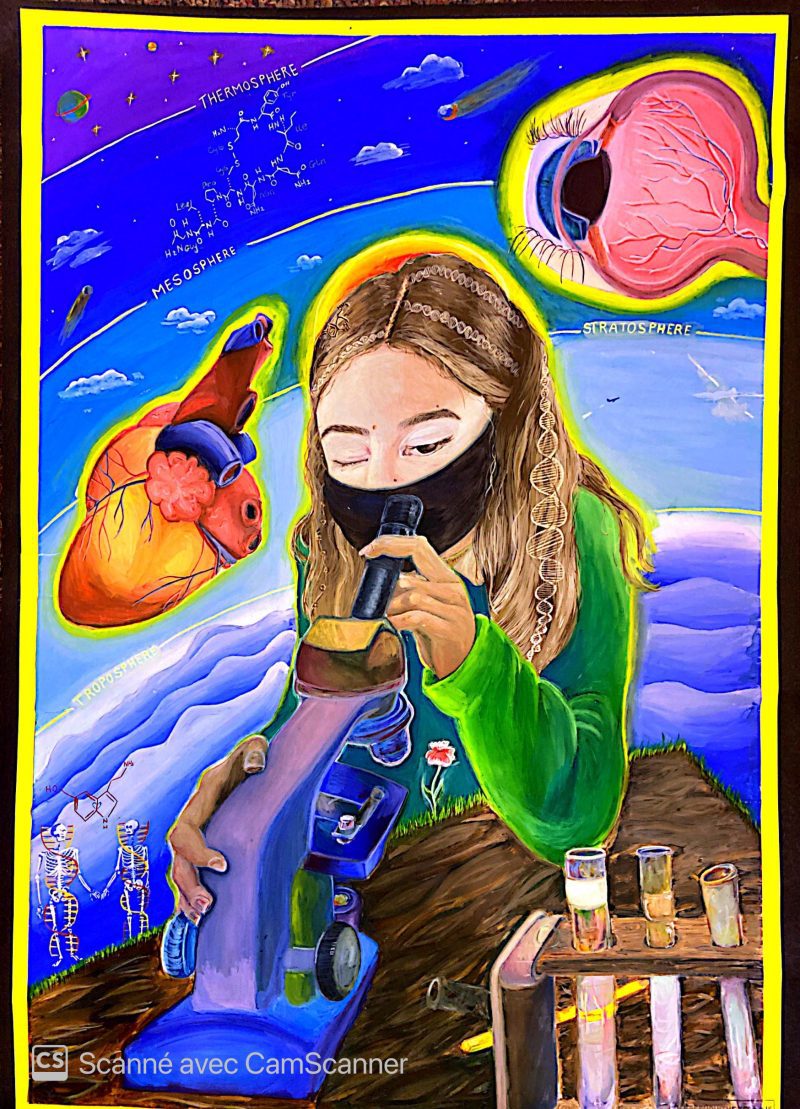 That’s all Shauna felt as she stared down at her twin’s corpse. She reached into the deep mahogany coffin and took her sister’s hand. It felt waxy, like the wings of a butterfly. And cold. Shauna had forgotten how cold the dead were.

As she traced her thumb down the back of her sister, Jo’s hands, offering what little warmth she could before they went into the cold unforgiving earth, she realised.

“Where’s her beads?” she asked.

Her mother looked up from the tea she was pouring for the others. Her father sat stone-faced in the corner. Her two older brothers, Daithí and Ciarán stood at his sides, like guardians, their faces just as hardened. Maggy, the youngest, sat on the couch in front of the cup of tea their mother had just poured. Shauna got no answer from any of them.

Her father appeared not to have heard her. Instead he continued to stare at the coffin: as if his daughter might at any moment lift her head and dazzle them all with her smile.

“She’ll just have to do without,” Maggy said, setting her cup back down.

“She wouldn’t want that.” Shauna shook her head. “Sure, she was the only one of us who still said her prayers.”

“But she’d want to have them,” Shauna insisted.

“Daithí,” their mother said, though her usual sharpness had abandoned her.

“Just say goodbye to your sister, Shauna,” her mother sighed.

Shauna felt anger surge like a stream, coming from the depths of her gut right up her throat. She held back the scream. Jo wouldn’t want her getting upset at their mother. Instead, she pursed her lips and kissed her sister for the last time.

After the burial and the afters, all of which blurred by thanks to a generous amount of drinking done by all, Shauna finally stumbled to her bed. With half-closed eyes, she clutched for the zip of her dress, her body felt like she was moving through the ocean. She lay on the bed, floated really, waiting for sleep to wash over her. Instead, her eyes felt electric.

The whole room was alive and sharp in front of her. Sleep ran from her, cackling.

The ticks of the grandfather clock next door in the sitting room pierced through the walls. Shauna’s eyelids twitched with each one. It hypnotised her, and in her trance, she swam in pools of memories filled with Jo.

She remembered playing in fields and saying hello to the cows each morning. She remembered cycling to town on Saturdays to gawk at dresses in the shop windows, not that they could ever have afforded one. Shauna remembered seeing the most beautiful gown, pure white and delicate.

“One day, before one of us gets married, we’ll buy that dress,” Jo had whispered, as if her words would shatter the glass and reduce the dress to shreds if she’d wished too hard.

“Then when the other gets married, she can wear it too,” Shauna said.

Jo grinned at her. “You’d better not get fat then.”

“I’m skinnier than you are. You’d better not get any fatter or I’ll be called the skinny one,” Shauna retorted.

“Or we could both just get fat together,” Shauna suggested.

They’d grinned but their minds cast a shadow of sadness. In truth, most nights they went to sleep hungry. And unless they married rich, putting on weight didn’t seem to be a worry for either of them.

“I think I’d like to be buried in that dress,” Jo whispered.

“You’d look like an angel. But you can only have it if you go first and…” Shauna’s voice trailed off.

“And we agreed to go together, or not at all.” Jo finished with a smile.

The memory melted away and Shauna saw Jo walking towards her in that same beautiful gown. The lights in the sitting room were on and cast Jo’s face in shadow. Shauna watched as her sister, her twin, her best friend, stepped towards her.

“You’ve come to say goodbye,” Shauna whispered, her tears collecting on the pillow beside her cheek.

Jo came closer and closer to her and Shauna began to notice flaws in her angel sister’s appearance. That was the dress they’d buried her in. Shauna didn’t remember why it would be covered in mud.

“Not exactly,” she said.

Shauna never even saw the claws.

D. B. Slaney is a writer who has been published in the New Word Order, The Ogham Stone and the Unapologetic Magazine. He writes to understand himself and his place in the world, as well as topics such as the Irish Identity. For this issue, he wrote simply to express his creativity. You can find him on Twitter @DevinBSlaney.