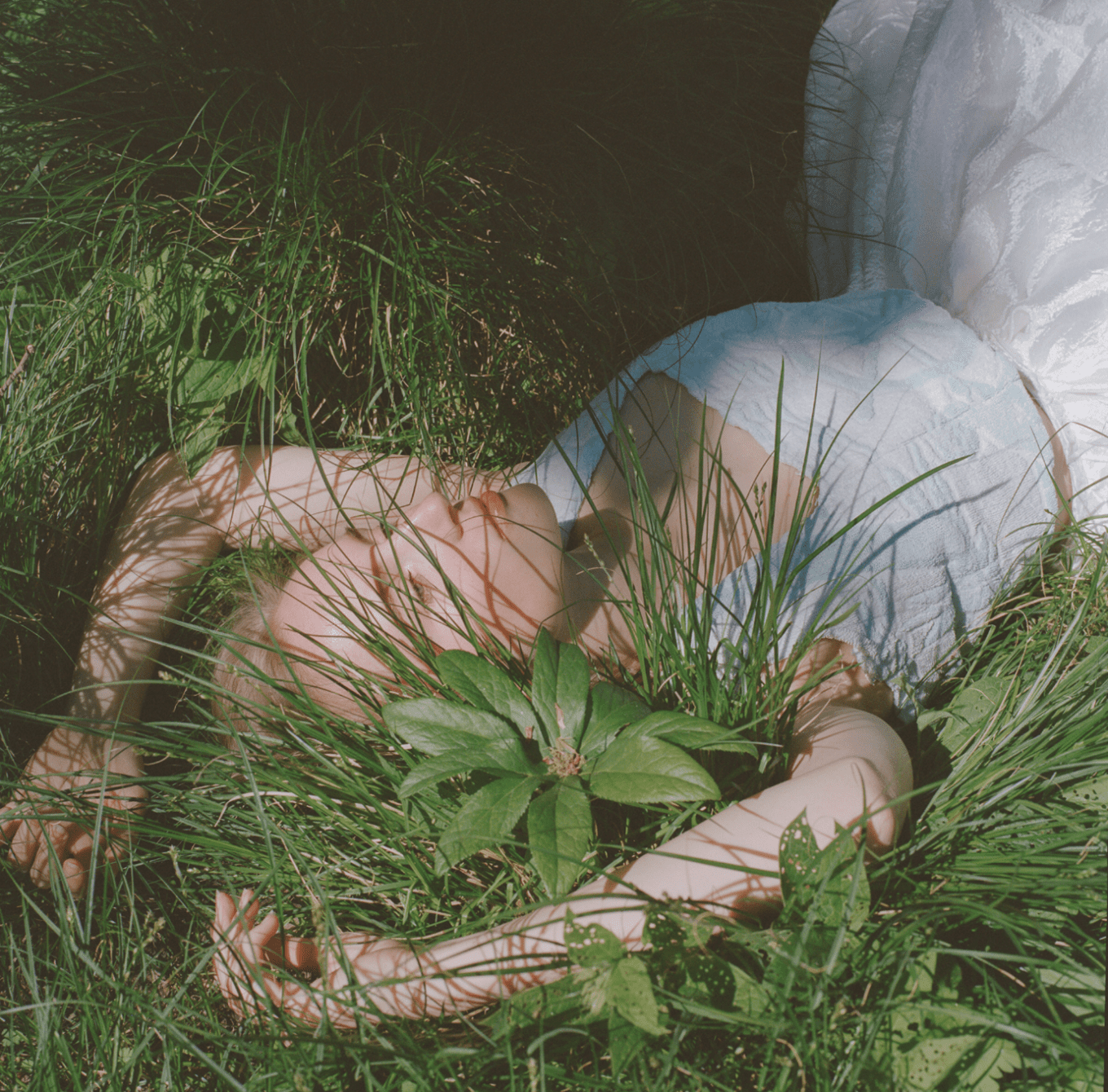 Photography by Lisa Della Chiesa. Her full profile is available in the Art & Photography section.

While Disney occupy the better half of North Wicklow to shoot their upcoming sequel Disenchanted, we can only hope that this name is meant ironically, as otherwise, it would be better suited to Amazon Prime’s recent original film Cinderella. Now, before anyone is affronted by my attack on this (supposedly) feminist retelling of an old classic, know that I am both a staunch feminist and a film student, and I want to see female empowerment on- screen and in real life as much as the next girl. Growing up, my fictional heroes included Professor McGonagall, Lord of the Rings’ Eowyn, and even the unhinged badassery of Firelord Azula in Avatar: The Last Airbender. The TV show, not the crappy film version.

But speaking of crappy films, M. Night Shyamalan’s Avatar: The Last Airbender, widely regarded online and by almost anyone who has seen it to be one of the worst films ever made, was the only film that came to mind when watching Amazon’s retelling of Cinderella. I turned to my little brother less than halfway through and could only ask ‘’Is this just as bad, or worse, than that Avatar movie we used to watch?’’

The kinder answer is, just as bad. I am a big believer in anyone defending a point that they make, particularly a point they feel strongly about, so when I saw the trailer for this film, I was compelled to watch it, if only for the fact that I could justify my intense dislike of it. So let me explain.

In a movie that is as pro-female empowerment as this, the first thing I noticed was that a lesser-known actress may have lost their chance at a rise to fame in favour of Camilla Cabello. Don’t get me wrong, Cabello is a beautiful woman with some great songs (Havana, anyone?), but she is not an actress. We only need to watch her one dimensional portrayal of her one-dimensional character to see that. While it’s great to see a Cuban American playing such a famous role, Cabello is already hugely successful as a pop star, so why not give the part to a lesser-known actress, in the spirit of true female empowerment? Why not give it to someone who Hollywood has unfairly dropped, that could use the solidarity? It feels cheap to give the role to Cabello simply because she’s a household name, as it certainly wasn’t for her acting skills.

In fact, this film seems to have lost the idea of female empowerment altogether. Ella (the protagonist) dreams of becoming a dressmaker and owning her own business. Now, this I can get behind. Anyone owning their own business is a boss move, quite literally. But Ella’s idea of business is standing in the town square holding one dress and shouting at passers-by that its hand made. Weren’t all dresses back then handmade? But that’s not the real crime. She is ridiculed mercilessly by a nearby man, who coerces the town into pointing and laughing at Ella, claiming ‘’this woman fancies herself a businessman.’’ And here’s my problem; Cinderella is a story which takes place in a time when this was one of the few careers a woman could pursue. I would understand the laughter if she were hoping to be a knight or a blacksmith. But weaving, stitching, and spinning were the cornerstones of much of female business at the time, so Ella’s dream of making dresses is not only realistic, but commonplace. The same can be said for her stepmother, whose villain origin story is that her husband left her after she studied piano for a month in one of the top music institutions. For anyone who is unfamiliar with the culture of this time, women who could play the piano were highly desirable. The same would go for women who could sing or play any typically elegant instrument, flute, violin, harp. It was a sign of wealth and good upbringing, as it would have been a governess that taught such skills. If they wanted a true villain origin story, the Stepmother should have wanted to be a doctor, but her education was cut short at the age of fourteen, as all girls’ educations were back then. That’s where the piano would have come in. It’s just not realistic to have two female protagonists fighting against something which was both achievable and desirable at the time. Especially when we remember that there were actual systems which actively disempowered females. But of course, Amazon won’t be making a movie about that any time soon.

Speaking of villain origin, I am compelled to talk about the nature of the antagonists in this film. Namely, there are none. Ella fights against…nothing, actually. She could make all the dresses she wanted. After that she fights against…the prince? Who loves her and wants to marry her? And who she loves? Okay. I believe Ella’s struggle between wanting the man she loves and wanting to chase her dreams is both empowering and compelling, but my problem is that Ella is portrayed for much of the story as having no time for love. She mocks the prince behind his back and tells him again and again that she can’t (or won’t) be with him. She says, “I can’t spend my life waving from a balcony any more than I can confined to a basement,’’ even though, if she opened her own business, that’s exactly where she would spend her time; in a basement, making dresses. Its just lazy script work at this point. And anyway, isn’t it empowering for a woman to both chase her dreams and be in love? Isn’t that what #girlboss is referring to? A woman empowered enough to do it all? Not in this fairy tale. No, Ella is ‘different’ and ‘not like other girls’ because she doesn’t like the prince, despite not knowing him at all. Since when did female empowerment become about prejudice toward men, with a side of being not like other girls for good measure?

This film seems intent on reducing it’s ‘empowered’ women to historically inaccurate, endearingly clumsy girls, both of which could be overlooked if not for the fact that it’s so central to their characters. Ella embarrasses herself in front of the King, Queen, and Prince by climbing a statue and bumbling an excuse when spotted, a meet cute that is overplayed enough as it is.

But no one embodies this clumsy, historically false female more than the prince’s younger sister, the ultimate #girlboss of this film. What could be more boss than- spoilers- although it’s predictable anyway- running the country after your brother abdicates the throne? But again, Gwen’s character, despite this ‘empowerment’ is at all other times reduced to a cheesy one-line gag “would now be a good time to point out-” followed by something that is simply not believable. For example, her focus on clean energy. Clean energy is something we should all be thinking of more and working towards, but that’s us in 2021. Not in the Middle Ages (or whenever this film is set; it keeps changing its mind.) She suggests using the power of wind instead of coal to create energy, but we do not see coal once throughout this film. In fact, what we do see are log piles. Possibly one of the only historical accuracies in the film! Wood was the source of light and warmth back then. Not coal. So, Gwen is left pushing a message about clean energy in a world that doesn’t even have dirty energy yet. Or any kind of energy. Is she planning to use wind power to move horses and carts, the primary methods of transport? Or light her house, something wooden torches did? Giving female characters such blatantly wrong obstacles- the dress business, the piano, the clean energy- while at all other times having them be bashful, one-dimensional cheese puffs is not empowering. It’s devaluing and makes the film seem more like a cheap nod to feminism than an asset to it.

Worst of all is that the film pushes one agenda while actively conforming to another. While attempting to send the message that women are strong, independent individuals, it complies with traditional ideas of femininity in almost every other way. If they really wanted to push the boat out and rewrite the story, why not have Ella be a morbidly obese one-armed woman who wants to become a fountain designer? Now there’s something she couldn’t do. And an entirely new look for our protagonist. But no. It seems the only part of the original story the creators were content with keeping was the traditional female. While feigning progressivism, Cinderella fits its leading women with beautiful, figure-hugging dresses that draw attention to their slim bodies and portray them as delicate, beautiful creatures who continue to rely on men, all while disliking them, in a cheap attempt at empowerment. And while I am aware that such clothing existed during this time, the film has no problem taking liberties with everything else (including costuming), and so it only makes the conformity all the more obvious and insulting. Not because being slim or wearing tight clothing is insulting, but because it’s like the writers think we won’t notice their poor choices. The only people, it seems, exempt from beautiful costumes, are the ugly stepsisters. What kind of message is that? I’ll leave that up to you to decide.

So, to finish what has been a much longer argument than I originally intended, I have to say that I am disappointed in what Amazon perceives as female empowerment. Aside from showing that a woman can and should chase her dreams, it does nothing other than deliver musical pop culture call-backs (presumably to keep the adults interested) and present a version of feminism which conforms in all the wrong ways. And it’s a shame. The original message of the Cinderella fairy tale was beautiful- a poor girl meets a prince and wins him over in one night, and he is just as in love with her when he discovers she is a scullery maid as he is when he thinks she’s a princess. What’s more empowering than that? And if this is a children’s movie (which presumably it is, as anyone over the age of ten would spot the problems immediately), does it contain the message that we want to be sending to today’s children? That being loved for who you are, as you are, is something we should reject? Again, I’ll leave that up to you to decide. But I, for one, am quite sure of my answer.

I am a fourth year student studying English, Drama and Film in UCD. This piece is a response to Amazon’s recent Cinderella film. It is fitting with the theme of progression, as it is an entirely new version of an old story, to fit today’s world. Many of its themes are very progressive, however it falls short. I feel it is important to critique false progressiveness and to start conversations about the place of such films in an increasingly progressive society.