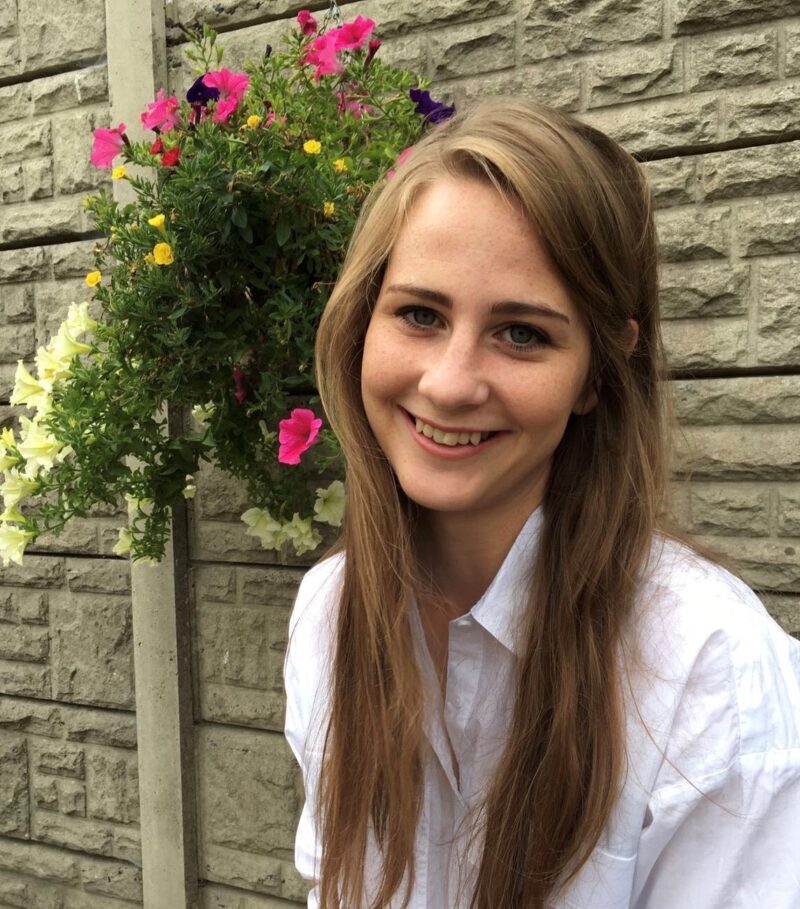 Louise Nealon, author of the 2021 novel Snowflake and An Post Newcomer of the Year talks to us about how she approaches characters, her own college experience and more in the Stranger edition of The New Word Order.

This issue’s theme is ‘Strangers,’ what does the word mean to you? How would you approach the theme?

I often think of my characters as strangers. Humans are strange. Fictional characters are even stranger. If they weren’t, we wouldn’t be so interested in writing about them.

Even though I’ve followed the characters in Snowflake around in my mind for the guts of ten years, I keep a respectful distance from them. There are still things about Debbie, Billy, Maeve and Xanthe that I don’t know about. Just because they are figments of my imagination does not mean I know anything about them. I get very frustrated by writing prompts that focus on “getting to know” your characters before you write about them. Like we’re supposed to sit down and magically know our new character’s favourite food and hobby and star sign. I’m not a fortune teller? I don’t know anything about this person, and pretending that I know that their favourite colour is blue doesn’t make me right. And who cares anyway? If I spend enough time with them, they’ll tell me the stuff that matters. That’s how you get to know a character. You write about them. Some of the stuff that comes out will feel right and a lot of the stuff will feel forced, like you’re putting words and ideas into their mouths. Often, I find myself getting in the way of what the characters want to say and do. It’s best to try and remind myself that I know very little about them.

There’s a Georgia O’Keefe quote that reads, “Whether you succeed or not is irrelevant, there is no such thing. Making your unknown known is the important thing – and keeping the unknown always beyond you.”

As a writer of fiction, I can never know or control how a character is going to develop and what they are capable of doing. All I can do is follow them around and hope that they surprise me. They always do.

What was it like coming to Dublin for college and essentially becoming a stranger yourself in the city and your course?

I didn’t make many friends in Trinity. I was intimidated by the seemingly confident, sparkly people lighting up the Arts Block with their joie de vivre. Looking back, the reality of the situation was much different. One of the many revelations I made in my twenties was that even well-adjusted, healthy people have their own stuff going on.

I spent a lot of time on my own in Dublin, which was really liberating. I discovered that I really enjoyed my own company. I still do.

I tried to keep my head down and focus on doing well academically. Then I started going to the gym a lot. I thought that if I was really physically fit and book smart, I would eventually feel better about myself. That’s when perfectionism firmly rooted itself in my low self-esteem, and I felt worse and worse about myself.

We talk about mental illness like it’s this alien disease that only affects a subset of the population. That’s simply not true. Everyone has mental health, and mental illness develops when we ignore our mental health. The reason we are becoming more comfortable talking about mental health issues is because we can’t ignore the suicides rates or growing statistics and the lack of services any longer. We were dealing with a pandemic long before COVID-19 arrived. I was one of many students diagnosed with depression and anxiety in my time at university. I think that developing a mental illness was a very human, rational response to coming of age in a society that didn’t equip me with the skills to manage my own mental health.

My road to recovery has been long and frustrating, not to mention expensive. The only thing that helped to ease my loneliness and sense of alienation was reading. I started to read books for medicinal purposes. I wanted to write Snowflake for my eighteen-year-old self, to comfort her and show her that there was nothing wrong with her. Reading fiction was my lifeline when I was struggling to connect to the world. If one person reads Snowflake and it helps them feel less alone, then I feel like I’ve repaid the favour to all of the people who wrote the stories that reached me when I needed them most.

Thank you so much! It was such an honour to be shortlisted alongside so many writers I admire. I am delighted and so grateful to everyone who voted for Snowflake. For a long time, I hated answering the question about what I do for a living. I made no money from writing until very recently, so I was never confident about telling people that I was a writer. It has been a strange adjustment to realise that writing is my job now. I have become very well acquainted with Imposter Syndrome. And it will never not be weird to have my photo taken or be interviewed. I understand why some writers don’t do any events. I could spend all of my time posing as a writer instead of sitting down and actually writing. It’s wild.

You’ve said before that Snowflake took a decade from conception to finish, what’s your process like? How do you keep yourself focused on writing even when you mightn’t feel the most passionate about it?

I’m never really focused on writing. Even when I’m at the desk, my brain goes off in all different directions, usually guided by the internet. A lot of the time, I have to forgive myself for having the attention span of a cocker spaniel browsing Netflix.

I’m not a disciplined writer. But once I have an idea for a story or a novel, it starts to follow me around and the only way to get it out of my head is to try and figure it out on the page. It’s a long process, and there are so many days when I question my sanity. But I never felt like I had a choice in the matter. Meeting and talking to other writers is very reassuring. Everyone has their own way of trying to get words down. No one has the perfect system figured out. There’s a solidarity in realising that everyone finds it difficult, and none of us has a clue what we’re at. If I meet someone for the first time, and they tell me that they find writing excruciating, that’s usually a good indicator that I’ll enjoy their work.

The characters in Snowflake are so vivid, how does seeing people relate to them make you feel?

I feel so incredibly lucky that there are people that I have never met who have read my book. I didn’t even have to pay them to read it. They paid me? That’s mad.

I get shy when people want to discuss the book with me in real life. Publishing a book of fiction is weird. It’s like introducing your invisible friends to the world and expecting people to ignore them or make fun of them. You don’t expect people outside of your head to believe in them. When they do, and welcome your characters into their own imagination, it’s the closest thing to magic that I have encountered.

It’s a cliché, but what piece of advice would you offer to any aspiring writers out there who are just starting out?

I don’t think that’s a cliché at all. When it comes to writing, practical advice is hard to come by. There are a lot of great books about writing fiction. Writing Down the Bones by Natalie Goldberg really helped me. Bird by Bird by Anne Lamott is also great.

I try not to focus on word counts. I almost never hit my target word count, so I abolished the system and found other ways to motivate myself. I drink all the coffee and eat all the chocolate. I have made my writing set-up as comfortable as possible. I have a writing blanket and I light a candle when I sit down to write.

Something that I wish I had known earlier was not to underestimate the emotional work that comes with writing fiction. It’s completely reasonable to take a nap. It will more than likely help, and you’ll wake up with an idea or a new direction. Going for walks also helps. You don’t have to be “productive.” Writing can look like a lot of things, and my writing day often looks like a lazy day. Your life doesn’t have to follow a perfect schedule in order to have time to write. Even on days when life is a shitshow, writing can happen.

I’ve learned that writing is a lot like exercise. The thought of it is often worse than just getting on with it. You feel miserable and guilty when you haven’t done a session in a while. And you always feel better after it’s done.

This will be the first time a lot of our contributors see their work outside of a word document or notebook, what was your first experience seeing your writing in print? What was that like?

I had an amazing secondary school English teacher. In fifth year of school, she photocopied a story that I wrote for homework, and handed it out to the class to read and discuss. She had no idea that it would produce such a monster.

I still find it strange to see my writing in print. When the proofs of Snowflake arrived, I didn’t know how to react. I thought that I would be ecstatic, but instead I felt a lot of anxiety. I kept seeing all the mistakes that I couldn’t fix anymore. Seeing your work in print puts a distance between the work-in-progress and the story that other people will read. You want that version of the story to be perfect, or as good as it can be, but it never is. I tend to avoid looking at the work that I’ve published. I hope that changes in the future. I remember listening to Roddy Doyle say that he couldn’t really remember much of The Commitments so he went back and read it, and he enjoyed it.

Can fans of Snowflake look forward to more of your work in the near future?

Yes! I am currently working on my second novel.
Louise Nealon is a writer from County Kildare. She received a degree in English literature from Trinity College Dublin in 2014 and a master’s degree in creative writing from Queen’s University Belfast in 2016. Her debut novel, Snowflake was released in May 2021. She currently lives in Belfast.