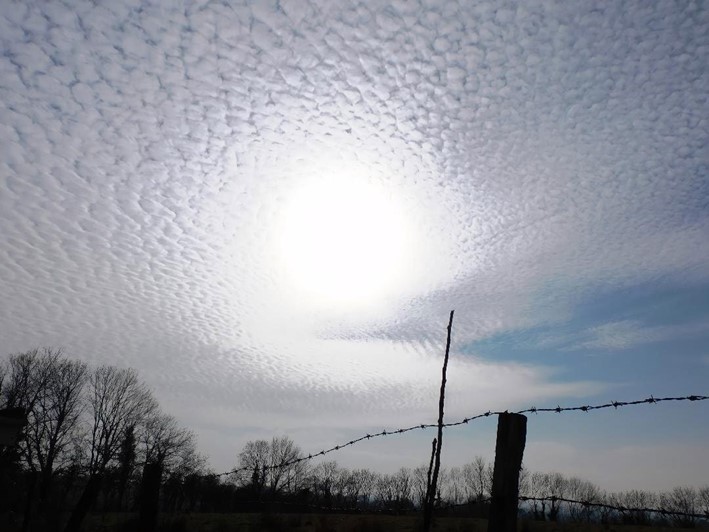 It had been a while since the elderly man left the house. Probably a year – in this hidden place, like a reincarnation of a moth, biting books with the same starvation as a reader, but illiterate. No one knows anything about him for sure. Most of the time, he sits on the porch, watching the bees pollinate close to the orchids by the neighbour’s wall.

In a rocking chair, tipping slowly back and forth. His feet, no longer so firm, float. Tired of reminiscing about boyhood follies – he remembered so much to the point of sometimes falling asleep, drawing reality up from the ground, resurging to meet dreams mid-flight…

He used to be handsome, healthy, with strong teeth. It was a pity that he hadn’t gotten stuck in his thirties. Now he’s wrinkled, farting while chewing his dentures. Occasionally moaning like the wind round the corners of the house; feeling short, shrunken. Failing to reach the floor whenever the chair stopped swinging, he would wake up with a fright. In inspired movements, after a bump, he’d push himself back as if saying: Well, I can do it… I can still do it!

The tired retinas fell, this time, on the rusty gates, trying to find a reason in each kink, scratch. He’d lived there for so long, married, had children. His wife died. The eldest son went abroad to be a musician – who must be in so good or so bad a position that he wouldn’t give his father any news about it. The youngest, his favourite, was pregnant, had gone to live with her first boyfriend after a jealous disapproval. Perhaps the pup didn’t even know about it yet. Her belly would tell him soon.

Thanksgiving was near, and it would certainly be a day of few visits. Unless someone died the day before – besides the turkey. It would be a seductive excuse to import the more distant relatives – an unusual tourist attraction, a freak event, in their eyes. A bird was already circling the yard, taciturn, as if foreseeing an end. Who would it be? The passing of time seemed incomprehensible.

Every attitude held an illusion of permanence, as instantaneous as the coffee boiling to suck every day from his lips. Was it that simple? His myopia left things blurry.

When we learn how to drive and finally take the leash of a wild car, life starts to run by our side. The bend of the road shows where the wind goes and waves gently to the carriage. Same speed. Up to the driver whether to notice this sign: another passage or a dead end. To choose.

The old man then stopped, slipped off his chair slowly, and with the same fright that had first woken him, rose. He looked no further than a single point, but bade farewell to the rest.

He walked steadily across the stones of the garden, toward the gates, upon reaching which he let out all his sweat and tears and bathed his restless irises in a thousand nuclei. Finally, he was seeing beyond the rust.

Paola Benevides is a Brazilian writer and multidisciplinary artist with a degree in Portuguese – Literature and a specialization in Applied Linguistics – Translation studies. She has published and edited multilingual poetry and prose in anthologies, blogs, and literary magazines. Based in Dublin, Ireland, since 2016.