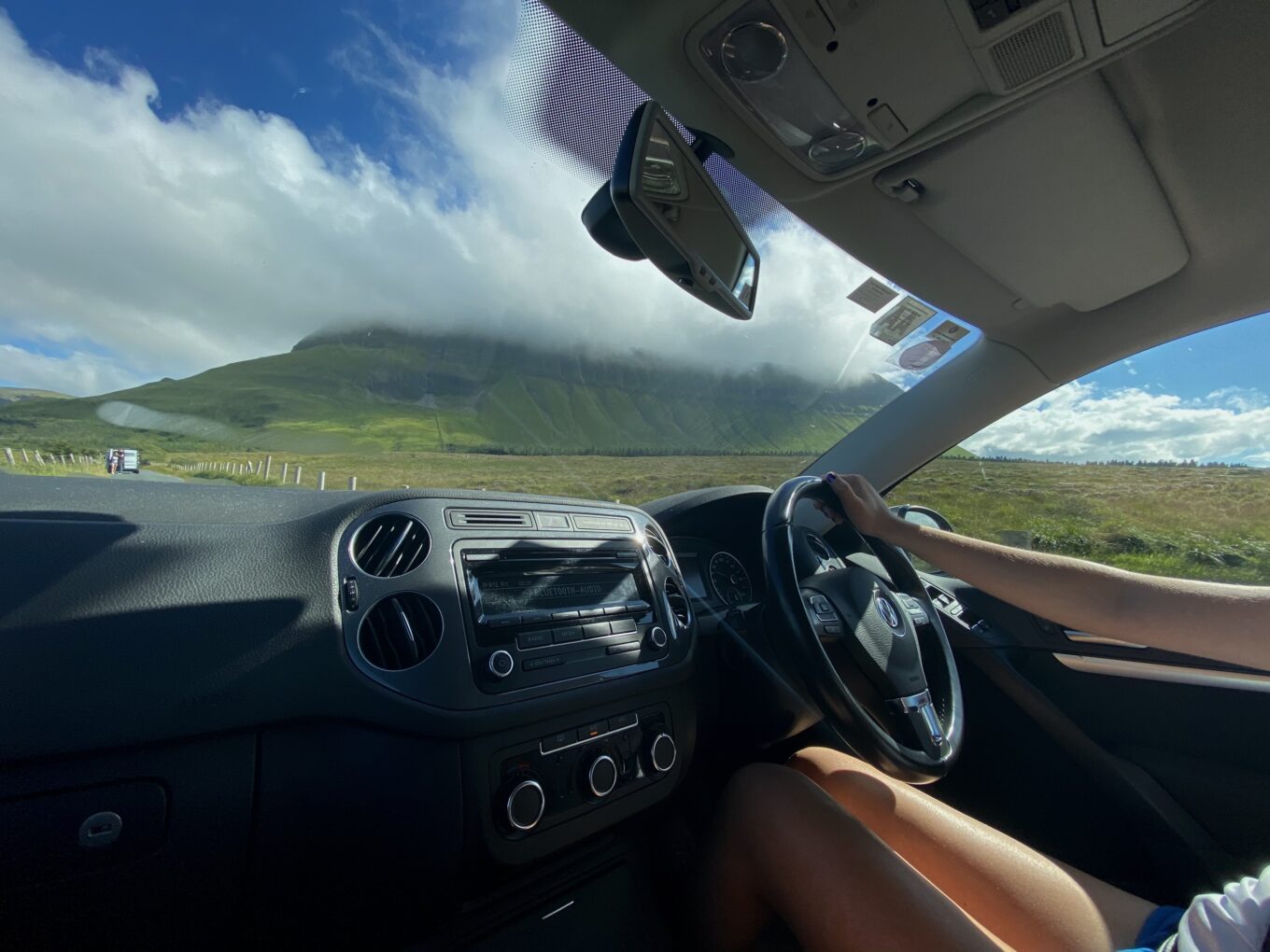 Snobs, Fuckin Snobs! What did I ever do to them?

Igor reread the embossed wedding invitation, with the two white doves on its cover, that was left on the kitchen table.

“Finola, Stefan and Ava are cordially invited to Conor Carolan and Ruth Vaughan’s wedding in Castle Dalton on the 9th August.”

Igor tore the invitation in two and kicked it across the floor jumping up and down on it, wishing he could bury it beneath the grey tiled floor. The pain of rejection rising and the anger erupting at a level he knew he could not control.

What did I ever do to that bollocks? It surely must be her doing. That one was always a right bitch.

Conor has no idea what he is getting himself into, marrying that stupid, stupid snob.

How can any man be so taken in? Love, my arse!

There is no way that this is Conor’s idea. If she fucking thinks that this is the end of it, she has another thing coming.

Igor stormed out of the house, the windows shaking as he slammed the front door. Maybe it was just as well that there was no one else home. He needed a fix fast. Flicking through the numbers until CO23 came up.

Can’t use names in this game. Stopped by the guards too often for that.

“Hey Bro, anything going down?”

Igor knew he was in deep.  15 grand owed and under pressure to deal unless he comes up with the money ASAP.

Igor knew he scrubbed up well. He had inherited his Polish looks from his Dad’s side of the family and could have any girl he wanted. His parents and sister Ava had left to go to the wedding the night before. Igor’s mam, Finola, was angry with Conor and Finola’s sister Lorraine, for not inviting Igor, but she also understood that Igor was not flavour of the month after his last visit to Galway, when Lorraine found cocaine on the top of the toilet cistern and all hell broke loose.

Mam and Dad begged Igor to go for help, but he refused point blank, insisting they were overreacting, and they were living in the past. All his friends use cocaine. It’s part and parcel of college life.

Igor flicked through his phone contacts.

“Well if it isn’t the man himself,” Rachel responded.

“Doing anything on Saturday, Rach? Fancy coming to Galway? Completely forgot about my cousin’s wedding. Big favour I know.”

“So, who turned you down Igor? I must be the last on your list.”

“No way, Rach. I forgot about it until I saw my Ma and Da heading off. Ah come on. It’ll be class. I’ll pay for petrol – don’t worry about it.”

“Ah go on so. Doing nothing anyway this weekend.” Rachel responded, always up for a good time.

“Pick us up at 11, don’t need to be there for the whole thing. We just need to appear.”

Igor went through the suits in his dad’s wardrobe, checking the pockets for both size and cash, selecting a black suit and electric blue shirt, more suitable for a funeral probably, but who gives a fuck.

In the carpark of Castle Dalton, Igor neatly laid the line of cocaine on the dashboard of Rachel’s pink VW Beetle. He fixed a line for Rachel too. Rachel refreshed her makeup, put on her fake Jimmy Choo shoes, sprayed the Jo Malone perfume and holding hands as if they were about to marry, they hit the hotel steps.

Igor was feeling edgy, waiting for the buzz. He held Rachel’s hand tightly, perhaps too tightly. Rachel sensed his anxiety and tightened her grip. Igor grabbed two glasses of pink prosecco and surveyed the scene. Tommy, Conor’s father was first to spot him. Igor liked Tommy. What you saw was what you got. No bullshit with Tommy.

“Igor great to see you! Didn’t think you were coming. I missed you at the church and Finola said you couldn’t make it. Have you a drink? Who’s this gorgeous girl?”

“Hiya Rachel, nice to meet ya. I hope this fella is looking after you well. Maybe you two will give us the next big day out.”

Tommy called Conor over. Conor hugged Igor and looked him in the eye.

“I couldn’t let the day go without seeing you and wishing you the best. We won’t be staying long. Rach and I are visiting her cousins in Athlone on the way back.”

“Come on, stay for the meal,”Conor responded warmly.

Ruth was talking to a group of people Igor didn’t know. Conor went over and whispered something to her. Ruth looked around, paused for a moment, took a deep breath, and then put on her TV smile.

She leaned in for a kiss. Igor duly obliged. He introduced Rachel.

“Ooh I just love Jo Malone. I’m going to treat myself at the Duty Free. Did you know we’re heading to Martinez for our honeymoon?” she said to Rachel looking her up and down.

Igor knew he could trust Rachel, who smiled back, complementing Ruth on her dress, her makeup, her eyes, and her shoes.

“I didn’t know Igor had a girlfriend, Conor never told me,” Rachel said, commencing her inquisition. ”We know each other ages,” Rachel replied, changing the subject to admire Ruth’s dress and engagement ring.

Igor was seething inside. He hated every false piece of Ruth.

“Back in a minute Rach, just going to the jacks,” he lied.

Igor went into the ballroom and surveyed the scene. He read the table plan and walked around the team of busy waiting staff making final adjustments to the room.

He checked the top table, bending down to drop his one euro card into the box of wedding cards on the floor behind the top table. Igor had been to enough country weddings to know the drill. He did what he came to do, buttoned his suit jacket, and five minutes later he was back in the hotel bar, shaking hands with cousins and friends of Conor’s that he had not seen for a while.

Finola, Stefan and Ava were stunned to see him.

Giving Finola a hug, he whispered, “Don’t worry Ma, there won’t be any trouble. Trust me.”

Tommy made sure that a place was set for Igor and Rachel at the table with his family. Steak or salmon was duly served, followed by the Baked Alaska for dessert. Speeches were made and everyone was thanked for their generous gifts.

After the meal, Igor made his apologies to Conor and thanked him for the meal.

“Don’t want to be here any longer than I’m wanted, but genuinely want to wish you the best.”

The cousins gave each other a big high five. Conor hugged Rachel and wished them well on their journey.

Back in the car Igor asked Rachel to drive out of town and stop just below the bridge on the Dalton river.

“Need to go to the jacks again. Back in a minute.”

Igor knew the area well as he had spent many long hours fishing there with Conor on their holidays.

Under the bridge he tore open the envelopes, his whole body shaking.

Igor could not believe his luck. He tossed the cards complete with doves, rings and “lovey dovey” comments into the fast-flowing Dalton. The evidence would be lost to the Atlantic. He counted the crisp notes quickly.

“At least 10 grand here! This’ll get the fuckers off my back.”

“Let’s go paint the next town red, Rach,” he enthused as he popped into the Beetle, planting a huge kiss on her lips.

The new Mrs Snobby Ruth Carolan, would have to wait a while for her Jo Malone perfume, and Uncle Mike and Aunty Mary along with all the other relations will join him in the ranks of ‘personae non gratae’ for a long time to come.

Clare O’Sullivan, is a wife, mother, and sister, who has lots of ideas to build her writing on from her years of observing situations and people as a public servant and more recently as a management consultant.  She is new to writing and signed up for a course with the Irish Writers Centre in autumn 2020 and now finds it challenging to leave down the pen and get on with the day job.  This is Clare’s first time submitting her writing to a competition.