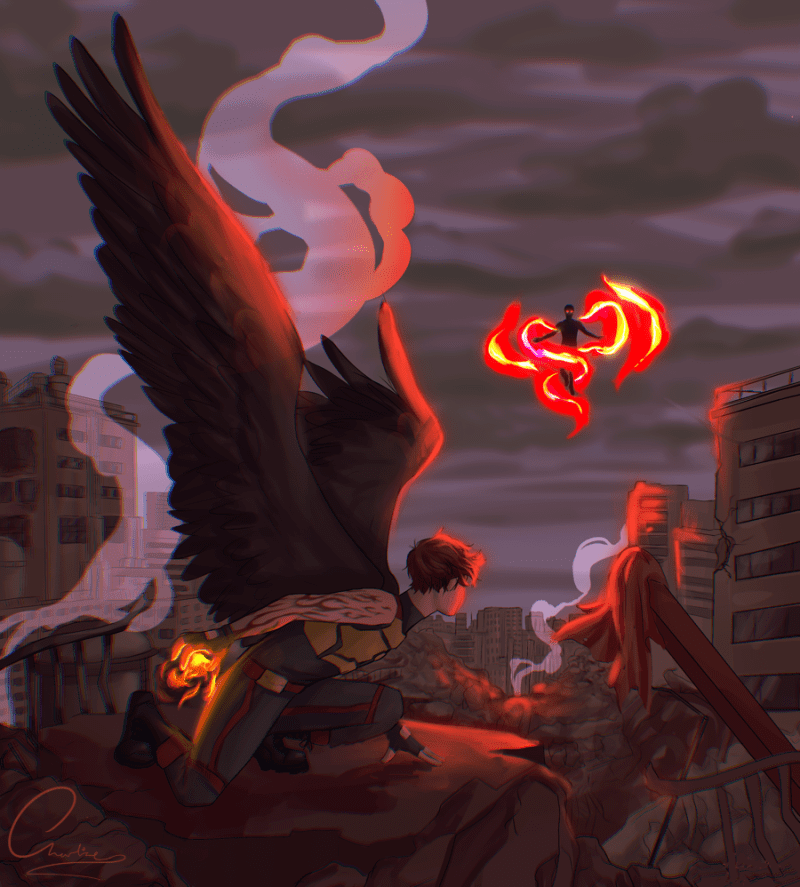 The road was long, and the rain heavy. Thank God the cabin was in sight. A thatched roof just about peeked through the tall pine trees. No smoke rose from the crooked chimney. He straightened his shoulders; wiped the rain from his brow; and stopped at the old wooden door, knocking twice. The sound was hollow and reverberated through an eerily quiet evening.

“Come in, my child.” The voice from inside the cabin seemed as ancient as the woods.

Ah well, best to get on with it.

The door opened at the slightest push. The large room was in near darkness. The only light allowed in fighting its way through the rags of a heavily curtained window, falling in slivers onto a shapeless figure atop a large bed.

“Come in, my child,” the voice said again.

He stood at the door, surveying the room until his sharp gaze reached the shapeless figure. It was one of those, just like the instructions had said. He took a step forward and entered the house – best to get on with it.

“Come closer, my child” – the voice sounded tired.  It must have lingered in the darkness for aeons waiting for him. He tried to remember the words.

“My, Grandmother, what big eyes you have!”

“It’s so I can see you better, my child” – the formless voice offered the expected answer, and he let out a relieved sigh.

Finally, it begins. He took another step forward.

“My, Grandmother, what big ears you have!”

“It’s so I can hear you better, my child!” The air was heavy with anticipation, and the creature on the bed shifted, causing the wooden frame to creak. Two rows of sharp teeth glinted in the fading daylight. He placed one arrow into his intricately ornate crossbow, finger on the trigger.

“My, Grandmother, what big teeth you have!”

Before his finger could push the trigger, a slim metal projectile came out of nowhere stabbing deeply into his chest. He fell to the ground with a heavy thud, his arrow still in the crossbow.

“For crying out loud, not another wannabe hunter! I’ve had enough of those! They always go by script and expect me to jump at the cue.”

Bright light flooded the cabin as the Archmage lit an orb to end the spell. A very cross Witch sat atop her bed, dark hair covering her shoulders like a cloak. She pulled her left sleeve back, exposing a narrow metal barrel strapped to her wrist.

“I’ll be here until the end of eternity!”

By the time the Archmage reached the Hunter’s body, it was already decaying. Before long, just a few bones and leather scraps remained. The Archmage retrieved the bullet and handed it back to the Witch.

“No point in wasting ammo”, he said gently. The Witch reloaded her gun, muttering curses under her breath.

“Can I at least have a cup of tea before you send in the next useless bastard?”

“Of course,” he smiled. “I will send a pot of tea with the cleaning crew.”

The screen flickered red and the health bar below the character icon dropped to 0, turning the portrait of a handsome hero into a grinning skull. Words and numbers revolved around the decomposing carcass:

The screen went black, and a few words appeared:

Ingrid grew up in Romania and moved to Ireland in 2011. Her first attempt at writing was at primary school: a poem about a blackbird in the rain, written in German. While she still writes occasional poetry about whatever crosses her path, she enjoys writing fantasy and children’s stories. Ingrid lives in Laytown with her family and has recently joined the Meath Coast Writers Guild.