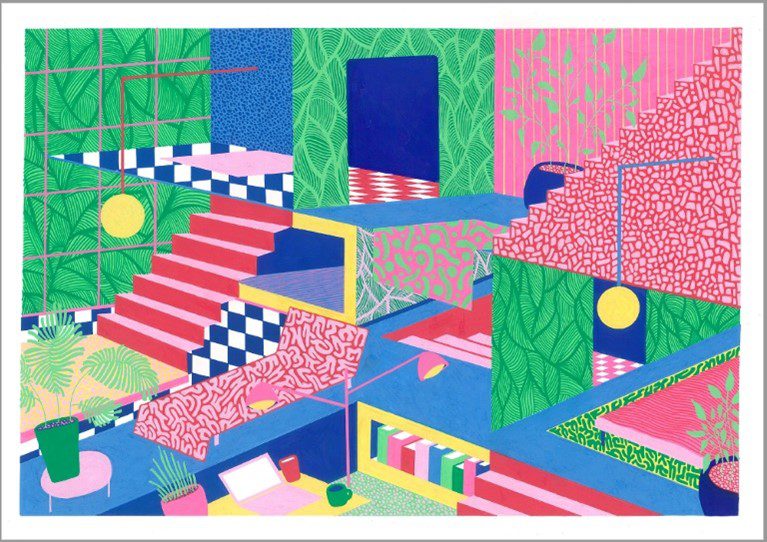 Rob wasn’t a nosy guy. He figured staying out of other people’s business was better for his business. He poured the drinks, smiled at the bad jokes, and accepted any tips thrown his way. He wasn’t one for scandal, Rob wasn’t, but it seemed to follow him. He knew (or could easily find out) every dirty secret in this town. He’d never shared stories, never added information or even a strong opinion to the gossip. So why now, did he have his back pressed to the bar, crouched under the counter?

Rob had been looking under the counter in search of a stack of fresh coasters when two women entered the bar. Given that it was two in the afternoon on a Friday, Rob figured it must have been some parents on the GAA committee. He was about to jump up and say hello when he heard what they were speaking about.

It was Teresa. She’d been part of the club since she was a girl herself. Now she had two kids, a boy and a girl who both played.

“Have the Guards called to yours yet?” Norma said.

Norma was a coach. She’d moved to Carraignaree nearly fifteen years ago. She was still considered a blow-in. Her three boys were all teenagers. All hurlers, although Rob knew that Sean (the eldest) had no great love for the sport anymore.

“No, I’ll call them after I pick the kids up from school, saying I haven’t heard from Ger.”

“You sure that’s not too late for you to have noticed he’s missing?”

“Yes, I’m sure. Sometimes he wakes up before I do, to go for a run and I don’t see him. He always comes home for lunch when he does that though. So I’ll call him after I’ve picked up the kids. When I get no answer, I’ll call the Guards in the evening.”

“This is all making me nervous.”

“I was joking! I didn’t think you’d actually put the hurl through his skull.”

“Well, I warned him enough times. But he kept at it. We’ll all be better off now anyway.”

“Of course, we will. It’s not like the boys were going to make the Championship this year anyway.”

Rob, who had seen many of the boys drinking and smoking under the wooden stands couldn’t help but agree.

“God, I still feel like I have his blood on me.”

“You don’t. We made sure to clean down everything. Sure the kids didn’t even wake up.”

There was a moment of silence, but Rob doubted it was intended to mourn Ger’s apparent passing.

Rob heard the sound of lips being pressed together.

“I’ll see you later, baby,” Teresa said, her voice much softer than Rob had ever heard before. “Remember, you know absolutely nothing. You think you spotted Ger last night at training but can’t be sure because all the nights blur together.”

Another kiss and Teresa left the bar.

Norma sighed. She crossed the room and Rob heard the basement door shut.

When Norma returned, he was wiping glasses and checking the fridges.

“Same as always,” she said, before hesitating. “You here long?”

Rob shook his head. “Nah, just in now. I closed last night so there wasn’t much to do.”

This was something of a half-truth. Norma said nothing.

“I actually didn’t know you’d come in already, have you been here long yourself?”

Norma shrugged. “No, I was just checking out the freezers and that to see what the kitchen needed. There’s loads of pork down there but we need more beef.”

Rob nodded, wiping the glass in his hands in a stop-start fashion.

“Well, I’d better be off. The boys’ll be looking for their dinners soon.”

Rob gave a half-smile, half-laugh as she left. He went back to the fridges.

Later that evening neither Norma nor Teresa stopped in for a drink. They rarely did on a Friday given how early the Saturday morning matches were. Who did unexpectedly stop in however, was Pat Sheeran, the local Garda. He came in and got a few laughs from the boys before heading to the bar.

“Ah, ye know me, Pat, living the dream,” he said, making to grab a Guinness glass. “The usual, yeah?”

Rob feigned surprise which turned to concern as Pat leaned one-elbowed across the bar. “You heard anything from Ger Brady today?”

Rob shook his head. “There’s not normally any training on a Friday though. They have a match tomorrow.”

“I’m sure it is,” Pat said, his voice unconvincing. “Teresa says she hasn’t seen him since this morning but now she’s not sure he even came home last night. And you know Ger, he’s a good skin, he’s not one to leave her hanging.”

“Yeah, of course,” Rob lied. Rob knew all too well the stuff Ger had pulled that Teresa had let slide. Until she didn’t, he supposed.

“Listen, people tell you stuff. If you heard anything at all, will you let me know?”

He could’ve told Pat that he had heard Teresa Brady and Norma Long talking about Ger’s disappearance before it was reported. He could’ve told him about the mentions of blood and the secret affair. He could even have informed Garda Pat Sheeran that he was almost certain that the fridges downstairs were filled with various body parts that were once Ger Brady. Instead, he let Pat leave and turned to smile toothlessly at the regular sat stooped at the end of the bar.

D. B. Slaney is a writer who has been published in the New Word Order, The Ogham Stone and the Unapologetic Magazine. He writes to understand himself and his place in the world, as well as topics such as the Irish Identity. For this issue, he wrote simply to express his creativity. You can find him on Twitter @DevinBSlaney