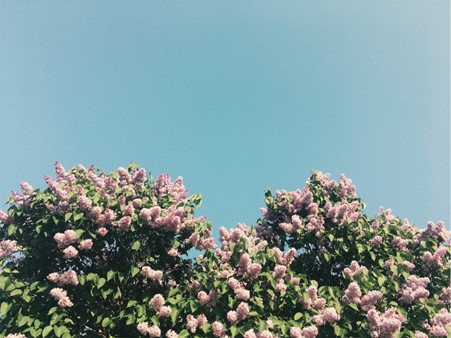 The turning cogs inside the figurine created a symphony of clicks that rang out in Tobias’ ears. The little brass figure began to waltz around the table, as if following the rhythm of the cogs. Every part of Tobias’ tall, slender frame was covered in grime and dirt. He pulled the dirty goggles away from his eyes and pushed them into his mane of greasy brown hair. He hadn’t had it cut in months, and his stubble had gotten terribly unkempt. He wore a white shirt which was destroyed with dirt, unbuttoned at the top, and a grey waistcoat over it. He also wore a brown, short-sleeved trench coat with a popped collar, which ran down to just above the ground. His black dress pants were tucked into dirty, black boots.

Tobias’ appearance suited his workshop, both of them a part of an untidy, grimy set. The walls were made from redbrick covered over by large copper sheets. The copper was stained and old, and the wall beneath the dark metal wasn’t fairing much better, with cracks creeping like vines through each brick. The ceiling was high with deep shadows in its angular corners. Suspended from it were single light bulbs that illuminated the rest of the room in a pale yellow light. The workshop was filled with different types of machinery, each of them well-used and oily, all of them connected to a steam-generator in the centre of the room that chugged and whistled.

Tobias danced playfully around the room, mimicking his clockwork creation. His focus was completely and utterly on the wind-up dancer he had brought to life on his table. The cogs inside of the tiny figure turned slowly, each of them controlling another step in the dance. Tobias could have listed every last one of the cogs’ functions; what they did, where they were and their exact measurements. He took great pride in that. He didn’t get any recognition for his work, as there was no one there but him to recognise it. Not that that bothered him, he quite enjoyed being left alone, or at least, he had convinced himself he did.

The figure’s movements began to slow and Tobias stopped dancing. He ran over to stare at the figure in its final moments of dance. This was what he’d been waiting for. He saw the ticker in the figure’s ribcage reach zero, and suddenly, with a click, the cogs rolled and changed positions, initiating a change in motion. The figure stopped waltzing and turned on its heel. Tobias’ eyes widened as the little figure took two steps forward, turned to face him and bowed. With the bow, the little man took off its top hat and put it across its chest, before placing it back on its head and straightening up. The clockwork inside of the figurine stopped moving completely and the room was silent, even the steam-generator knew to stop hissing.

Tobias leaped up in the air and exclaimed in excitement. He picked up the little dancer and began kissing it on the forehead repeatedly, laughing and jumping around his workshop in delight. It had taken him months to perfect this figure. The dancing was easy, however, he had never successfully created a switch-ticker mechanism. No one had. This would be revolutionary. Not just for toys, or for models. For industrial machines.

Tobias wanted to revolutionise industry. He saw an endless vein of possibility in steam and clockwork just waiting to be mined. Every model, every toy, every useless machine that he’d ever made was going to someday move the world into a new age. Trains would no longer run on tracks. Carriages would no longer need horses, or even drivers for that matter. He envisioned a world where whole cities would run on clockwork and steam. Streets would tick and buildings would whistle. All of that could be brought to life by this little dancing figurine.

Tobias placed the figure carefully back on the table and ran to get ready. He burst into the bathroom, looked in the grimy mirror and wiped away the gunk that covered the glass. For the first time in months he saw himself and was taken aback by his state. He grabbed his shaving cream and brush and began applying it to his face. He stripped away the dark stubble and washed his face clean. He soaked his hair, slicking it back, but failed at containing the entirety of his wild mane. He ran to his bedroom and swung open his wardrobe. He rifled through his best ware and eventually picked out a new white shirt, a maroon waistcoat with golden stitching, a black velvet bow-tie and a navy blue suit jacket and trousers. He rushed back to the workshop and grabbed his gift, placing it in a beautifully crafted golden box.

On the way out the door, Tobias noticed he was missing something. He turned gracefully to see his leather top hat hanging on the coat-rack. He smiled wildly and threw it on. He started out the door and bounced down the gravel pathway.

Tobias’ garden had become terribly overgrown, with roots and wild grass growing everywhere. However, all he could think of was how she was going to react when he gave her her gift. The journey there went by in a flash for Tobias. He’d spent the whole time thinking about her and what he could make her next. Perhaps a second figure, to dance with the first. He’d had that idea a while ago, but it would have been frivolous to work on two switch-ticker mechanisms at once, especially with no guarantee either would work. Besides, today was the deadline, and he had no time to do any more work.

Tobias arrived at the gate and stopped. He looked up and down the waist-high wall the gate was connected to. He looked over it and saw the seemingly endless field that lay beyond and all the grey statues sitting quietly in it. He opened the gate, which squeaked as he did so. The paint on the gate flaked off in his hands and stuck to his sweaty palm. He scraped it off and kept walking. He walked up a gravel path similar to his own, with just as much overgrown foliage. He read the names in the stone as he passed them. “Joan Martabrue, Loving wife and mother of six” “Peter Braze, Loving husband, father of four”.

He kept walking until the beautiful statues on either side of him turned to badly cut stones. He continued walking, until all of the badly cut stones had turned to wooden crosses. He eventually reached a point where the only thing to mark the graves were the unearthed ground they sat in. He reached his destination and turned on his heel to face the grave, like the figurine turning to bow. Tobias smiled shyly at the dirt. He saw all of the other gifts he’d left for her, still there, untouched.

“Happy Birthday!” Tobias said. He was surprised at the rasp of his voice. He cleared his throat and tried again. “Happy Birthday! You’ll have to excuse me, I haven’t been speaking to most anybody in a while.” He sat down uncomfortably on the ground in front of his wife. “I hope you didn’t think I’d forgotten about you! Ha!” Tobias sat in silence with his wife, as if listening to her. He remembered her smile and how she laughed.

“I’ve brought you something.” Tobias pulled out the golden box from his pocket and opened it. He took out the little brass man, which now had a striking resemblance to himself. He grinned madly as he began winding up the figure, before placing it in front of him. The figure began to waltz around like it had before, twisting and turning like the cogs that allowed it to move. Tobias sat there and smiled at the little brass man, dancing alone in the graveyard. He remembered how much his wife had loved to dance and how she had died waiting for him to finish one of his clockwork machines.

Tobias continued to speak to his wife for hours. He talked and talked, chattering on like a madman until he could talk no more. He explained his plans for his clockwork world. How he would change everything. The figure danced and danced before finally coming to a stop once more. In the silence, as the sun began to set, Tobias realised something.

There would be no clockwork trains. There would be no driverless carriages. His clockwork world would never come to be, because the only reason he ever invented at all now lay six feet below him. And if Tobias couldn’t invent for his beloved, then he would have no reason to invent at all.

Ethan Dodd attends IADT for Film and TV production and is in his first year. A fan of writing for a young age he enjoys both prose and screenwriting, the latter of which is a key part of his course.