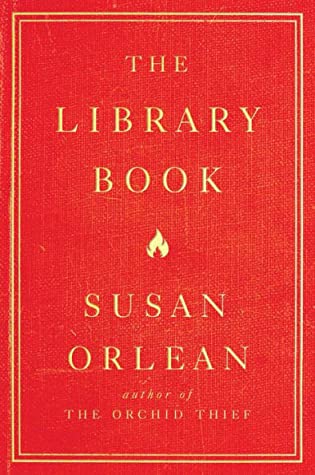 Susan Orlean takes the reader into the wonderful world of local libraries in The Library Book (2018), from their development across US towns to their impact on different communities around the world. Orlean highlights the relationship between library and people through recounting the story of the 1986 Los Angeles Public Library (LAPL) fire. The fire, which started deep within the library, burnt through almost every hallway, destroying everything in its path including books, maps, photographs and manuscripts, making it the largest library fire in the US to this day. Orlean doesn’t stop there, though. She details the arson case that followed the fire, exposing how the community’s emotional attachment to the library corrupted the entire case, leaving it unsolved to this day.

Orlean is a wonderful writer, expertly weaving the true crime genre with historical non-fiction. Her words pulled me into the story immediately, causing me to laugh, gasp and cry along with the eclectic group of characters. She begins the novel by recounting the first years of the LAPL from the perspective of Mary Foy, who at eighteen in 1880 became the first female head of the library. She was appointed the position after petitioning the city council members and doing service work at libraries across California, showing that libraries have always been “a gathering pool of narratives and of the people who come to find them”. Orlean goes into such vivid detail of the morning that the fire happened that, as a reader, you feel as though you’re next to the firefighters who were confronting the scene. Although true crime is far from my favourite genre to read, I was invested in the arson case against Harry Peak because of the lengths Orlean took to portray him in a neutral light, something that was missing entirely during his trial.

The Library Book rekindled my love for public libraries. As someone who spent most of their childhood in their local library, it was heart-warming to read the stories of the people who make libraries the magical places they are.