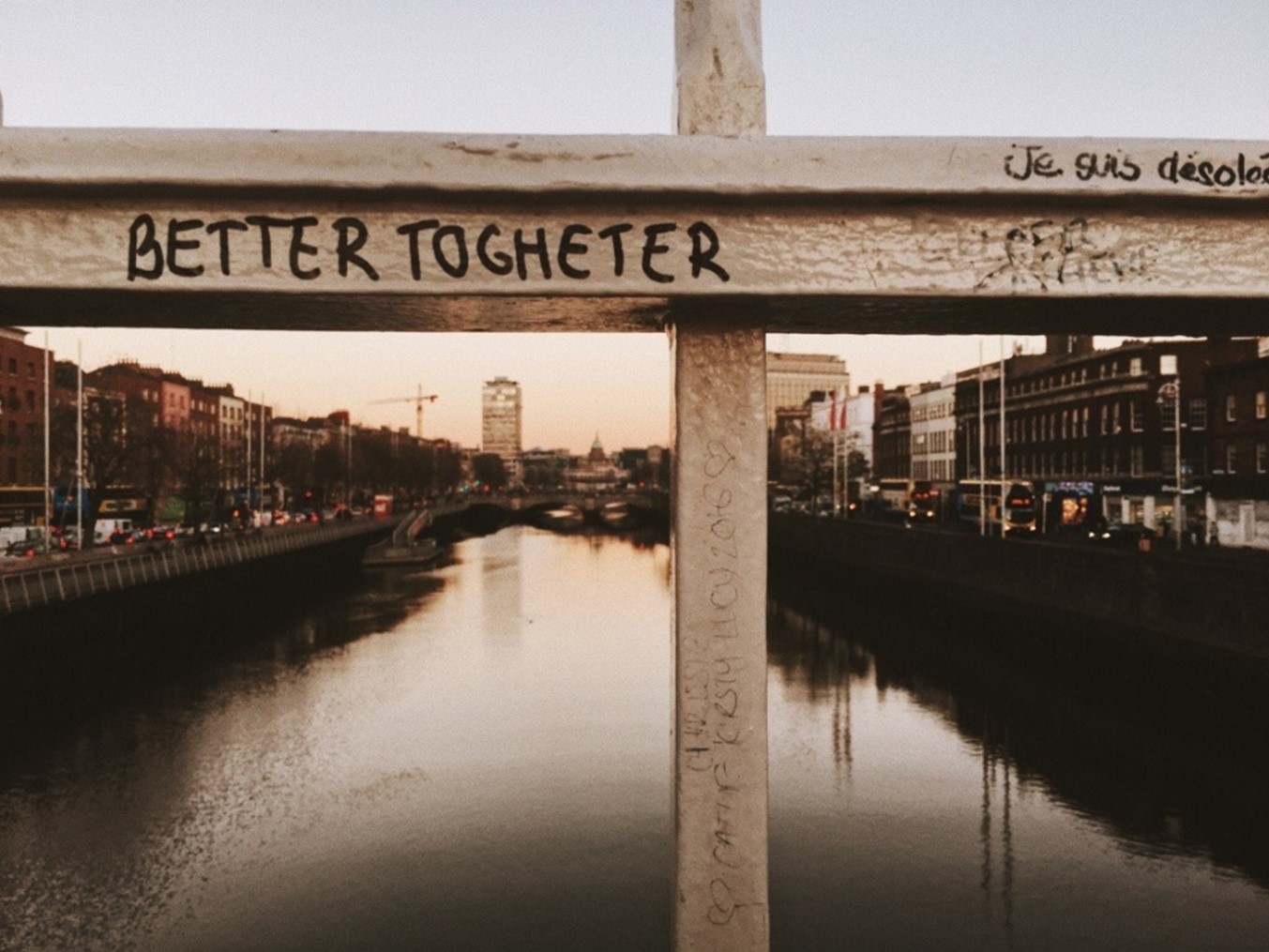 Connor snuck around the back of the church, trying to blend in with a group of decorators who were carrying immense, gaudy flower arrangements inside. His trousers were too short, and he could feel the cold morning air on his bare, exposed ankles as he bounded up the church steps two at a time. He hadn’t had anything to wear for an occasion like this, so his roommate Jonathan had loaned him his clothes.

It was an old church with beautiful Victorian detail. No doubt it would look stunning in a photoshoot, and surely that’s exactly why Vanessa picked here. The ceremonial hall was rather bare, save for the college aged piano player who practiced on the old organ down at the back, staring intently over the rim of her glasses at the yellowed and worn sheet music of some god awful old, classic, wedding standard no doubt. Trying to remain inconspicuous, Connor carefully made his way over to the heavy red curtains that lined the side wall. He walked on the tips of his toes, so the heels on the back of his oxfords wouldn’t ring out an echoing clack and draw attention straight to him. No one could know he was here yet. He was uninvited after all.

As he hid in the curtains and waited, soon enough the room filled with the chatter of Rhode Island’s high society. He peeked through a slit in the curtain down the back hall and there he saw Vanessa, the bride-to-be of his lover, wearing a gown that looked just like one of the coconut cream puff pastries he used to make when he worked at Madame Planson’s bakery. She fussed over her giant mountain of hair, swatting away the shaking hands of her entourage of bridesmaids.

Twisting his body, he peeked through the other side of the curtain and craned his neck to see the altar. There stood James, dressed in a black suit that fit him perfectly. His usually messy curls were sculpted up and away from his face. He looked like a deer in headlights as he stood there pulling at his cufflinks. His parents sat in the front pew to the right, though really they looked like his mother and grandfather. Andrew was forty years older than Helena, who married him at nineteen, a year younger than James is now. His parents, old-fashioned and traditional, had a meltdown when they found out about Connor. They threatened to disown him and had insisted he married a girl. Though in marrying Vanessa Shaw, heiress to the Shaw Oil Company, he was not just marrying a girl, but a legacy. No doubt they were overjoyed thinking they were about to get exactly what they wanted.

Not if I have anything to do with it.

Vanessa and her father Robert stood at the back doors, prepared for her grand entrance. Her smile looked painted on from where Connor was standing. The old organ began to groan out the tune of ‘Here Comes the Bride’, though the thought occurred to him that if it was him playing, he would have done Chopin’s Funeral March. It would be much more fitting. Miss Rhode Island paraded up the aisle as if she was about to receive a Nobel Peace Prize. His eyes practically rolled themselves for him.

As the ceremony droned on, the ancient priest took his time choking out each of his words. Connor’s eyes fixed on James as he stood opposite her. His empty stomach dropped further and further, and his cheeks burned. God, it looked like James was being sacrificed in some sort of ritual. It was getting close now, his moment. He raked the sleeve on his arm across the sweat on his forehead as he looked around the back room, searching for something to cause a commotion. He climbed up the back steps that led to the old bell tower, careful not to fall down on the slippery steps, in his even slipperier shoes.

Perfect. Let them think God is ringing out in protest.

The bell rang out. A great deafening sound.  Though surely it was barely audible to the elderly attendees like Andrew. Connor practically levitated back down the stairs and sprinted out through the curtain.

The soles of his Oxfords and the tiles on the floor slid his body across the room like he was learning to ski for the first time. At the end of the aisle, his feet flew out from under him. For a brief moment he was horizontal in the air, before plummeting to the ground in a heap.

A better entrance than Vanessa, at least.

He picked himself up off the ground, wiping the thousand year-old dust off his borrowed pants, and stood up straight. Every pair of eyes, and every horrified look was cast towards him, but he was looking only at James. He hurried up the aisle towards James, the booming sound of the bell the only thing that could be heard.

Connor locked eyes with him.

“Don’t do it James. Don’t marry her. You don’t love her. You love me. It should be me you’re standing here with one day.”

His slack-jawed expression and wide-eyed gaze melted into a smile, and tears welled up in his eyes before spilling over and dropping down onto his suit.

He looked at Vanessa. “I’m so sorry”. She looked like a ticking bomb. A dramatic countdown began to blare in his mind.

Not delaying for another second, Connor grabbed James’s wrist and they bolted down the aisle. The only sound that could be heard now was the clack of his shoes echoing through the church. They jumped into Connor’s getaway car, also courtesy of Jonathan, and sped off, the Church and the problems inside it, becoming smaller and smaller in the rearview mirror. The fallout of this could be dealt with another day.

He looked at James in the passenger seat, who looked back with warm eyes.

“You showed up just in time.”

Like many writers, Christopher Black has loved reading and storytelling since he was young and spent a good portion of his life getting lost in stories. Being gay he often found himself on the outside looking in and having to relate to most mainstream stories that he couldn’t always see himself reflected in. As far back as he can remember he has always wanted to see stories about people like him. Stories he could see himself and his own life in. There were not many options of stories where boys like him existed and the options that were there tended to be tragic in their storytelling. He longed to see gay characters live adventurous, interesting, and joyful lives, like the straight characters did in the stories he loved to read. This pushed him to write the kind of stories that he had always wanted. Being gay is part of his human experience, and it is a part of the human experience he likes to bring to life in his storytelling.